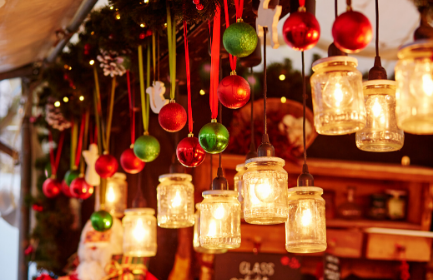 Over 12,000 farmers registered with Rural Aid will receive pre-paid gift cards, valued at $4.25 million, for Christmas and into January thanks to the generosity of everyday Australians and Rural Aid’s corporate donors.

Rural Aid National Business Development Manager Wayne Thomson said over 12,000 farmers are now registered with Rural Aid for assistance. “Since mid-November, we have been sending out the gift cards and they will go a long way to help make life a little easier for many of our farmers and their families over the Christmas period,” Wayne Thomson said.

“Many of the gift cards will be spent in the farmers’ local communities which will also support local businesses and local economies. It’s also a wonderful way of saying to our farmers and their communities that you are not forgotten, that we are here to support you.”

“It’s also thanks to the generosity of everyday Aussies that Rural Aid has sent $500 gift cards to 2000 farmers and a further $300 gift cards to 3500 farmers. In October, the Allora community held a rockabilly high tea to raise funds for the local farmers. This small community, situated between Toowoomba and Warwick in Queensland, also has major water restrictions, but raised $6000 that went towards pre-paid gift cards valued at $300 or $500 to 43 farmers.

“Added to this, half a million dollars will also be spent immediately on $500 gift cards to 1000 farmers from donations received at the recent Hay Mate: A Bush Christmas Appeal. Farmers will start receiving these cards from mid-January 2020.”

Wayne Thomson explained that the number of farmers registering for assistance with Rural Aid in November was the highest monthly total on record at over 1100 farmers.

“These new figures are extremely disturbing,” Wayne Thomson said. “Normally we would see an average of 400 new farmer registrations each month, but over the past two months the number has more than doubled.”

“We believe these numbers are not only an indication of the worsening drought but the impact that the recent bushfires have had on many properties.

“Farmers have had to reduce their stock numbers and then hand feed the stock they have left – which for many is their breeding stock. Some farmers have de-stocked completely so have no income coming in. It is not surprising they are contacting us for fodder and financial assistance.”

In the last quarter of the year, Rural Aid invited schools and community groups to send Christmas cards and messages to farmers and their families. The response and glitter were incredible:

Messages of thanks from farming families

This morning we have received a gift card in the mail. We would like to thank you so very much for your generosity, it really does mean a lot to both myself and my husband in this dreadful drought.  We are officially in our 7th year now. This gift card was totally unexpected and will be such a help to us.  We wish your entire organisation a very happy Christmas and every happiness for 2020 with a good drenching of rain for everyone.

I just want to say thank you so much for the generous donation of a gift card we received today from your organisation and Glencore (to whom I have also sent thanks). It will help us greatly during this trying time. Thank you.

I would like to thank the special children who sent us a handmade Christmas card today. It was heart felt and my husband and myself had tears in our eyes as we read their sincere thoughts. So even though times are tough, we would like to say thank you so much. Merry Christmas to you all and thanks for caring about farmers you don’t know, but support you everyday!

I would just like to thank the kind children who wrote to us and we appreciate their kind words in these tough times. Fires drought and no rain takes its toll on many in our state. As a firefighter on the Gosper Mountain six weeks now, we wonder when it will end – feeding cattle and poor air quality day after day, this also keeps us from our jobs. So, thank you to those children who sent their best wishes. Our love to them all.