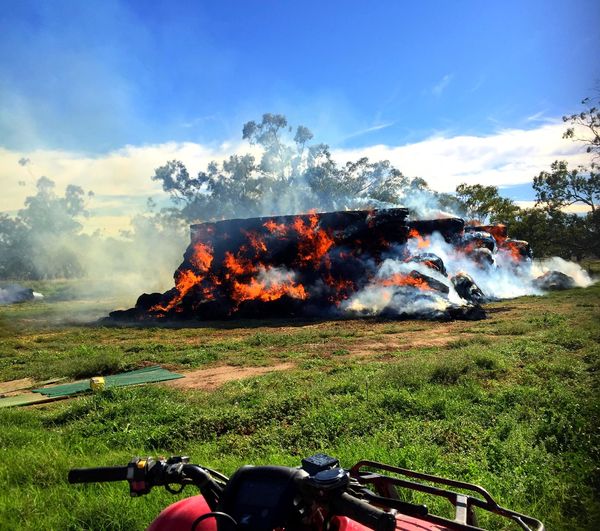 Australia’s leading rural charity, Rural Aid, has closed applications for its $1 million mouse plague fund, with 1000 farmers set to benefit from the support.

A small South Australian town has come together to thank Rural Aid for its assistance over the past three years.

Australia’s leading rural charity, Rural Aid, purchased much of its drought relief hay from farmers in the Lock region since 2019.

“Hay was hard to find in the middle of the drought,” Mr Warlters said.     “Rural Aid delivered thousands upon thousands of bales across Australia, thanks to the Lock growers.”

“The contract is coming to an end, but we look forward to supporting this special part of South Australia in new ways.”
Farmer Ty Habner has been supplying hay to Rural Aid for a few years.     After vicious frosts jeopardized the Lock economy, Ty said that knowing there was a market for his crop was a huge relief.

“It was massive for us, just to have the option,” Mr Habner said.

“And it’s good to know that it’s going to drought affected farmers. We’ve helped them and they’ve helped us. It’s good for the soul.”

Mick Hancock has been tasked with the logistics of delivering hay across Australia using his fleet of trucks at Hancock Farming Enterprises.

“Rural Aid bought a lot of hay at a decent price, and they weren’t taking advantage of people. Rural Aid purchased approximately 11 thousand tonnes of hay from around Lock, equating to $2.6 million dollars, which in turn provided further economic benefits to Lock.”

“The town of Lock is very grateful to Rural Aid,” Mr Hancock said.     The last bales are being trucked out of Lock today, headed for Narromine. The fodder will provide relief for mouse plague affected farmers.

For more information, or interviews, please contact Ash Whittaker at Rural Aid media on 0447 116 757 or media@ruralaid.org.au 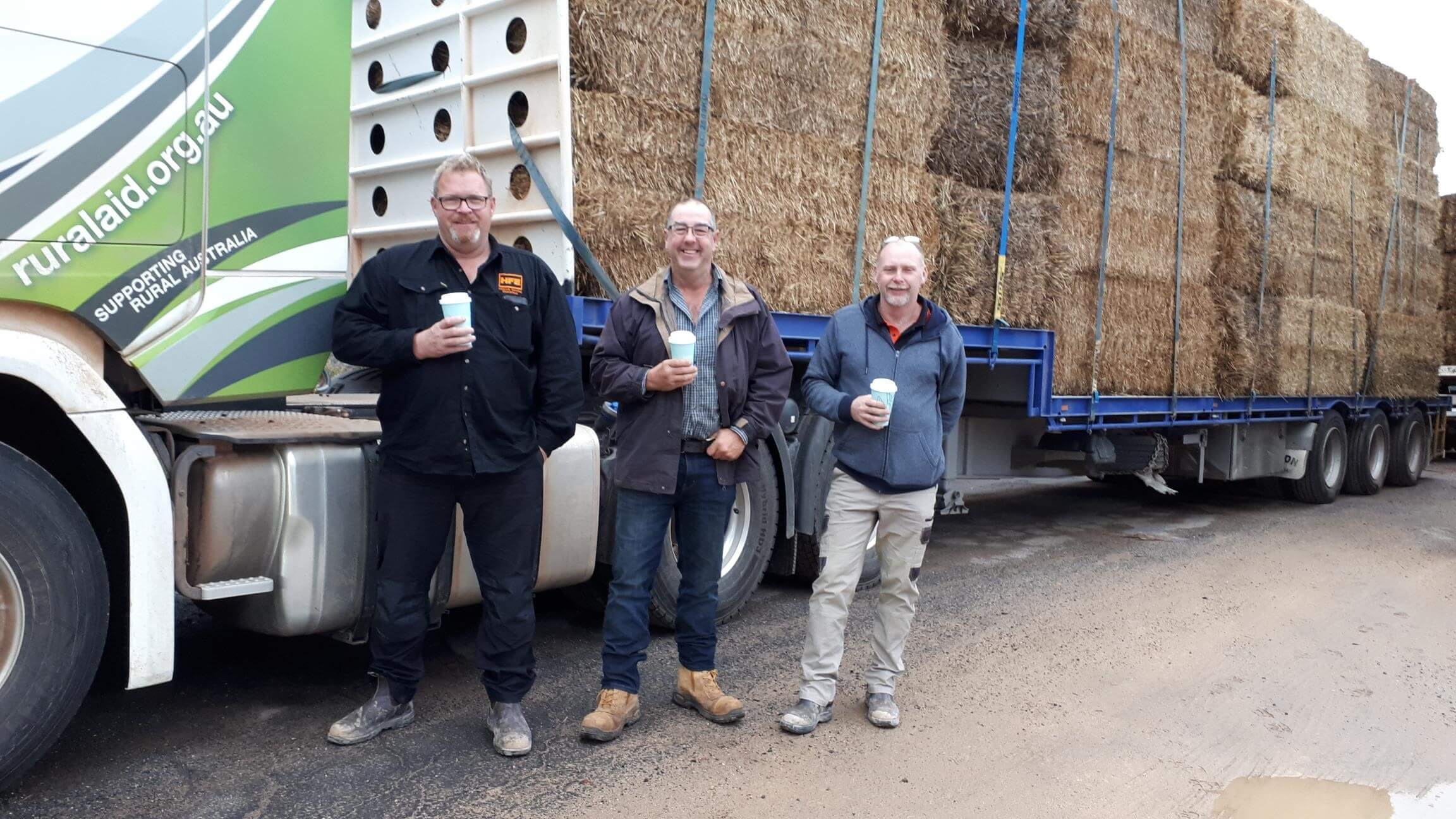 “Entire sheds of hay have been reduced to unusable piles of toxic straw, that farmers are forced to burn. Grain has been eaten from the ground it was planted in, and homesteads over run.”  “It really is a living nightmare for our resilient farmers,” Mr Warlters said.   Narromine farmer Scott Richardson said it’s been a draining year.

“I loaded up my shed with hay, but I’ve already burnt hundreds of bales so far. And I can’t even pick up the rest of it. The mice have destroyed it,” Mr Richardson said.   “We’ve just come out of drought and we try to be self-sufficient. This hay drop will go a long way to helping with that.”

Primary producers who’ve been affected by the mouse plague can access a special $1000 emergency payment from the new fund.

“The money can be spent on whatever will help the farmers get back on their feet,” Mr Warlters said.

To find out more about the mouse plague fund, or to check eligibility, visit www.ruralaid.org.au/mouseplague

For interviews or more information, contact Ash Whittaker from Rural Aid media at 0447 116 757 or media@ruralaid.org.au